SAN LUIS OBISPO, Calif. — Mustang Media Group won a total of 37 national and state awards between the 2021 virtual ceremonies of the College Media Business and Advertising Managers (CMBAM) and the California College Media Association (CCMA). The Cal Poly Journalism Department’s student-run integrated media organization proved that despite the challenges of a virtual year, the organization continues to find innovative, creative ways to tell the stories of the community and rise to every occasion. 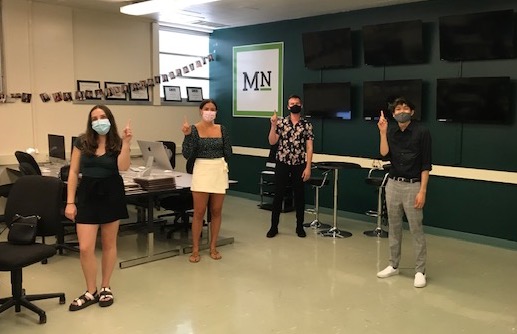 “The business and marketing staff of Mustang Media Group had to find a way to sell products, market to students and connect with an audience under the most extreme conditions. I am thrilled to see their hard work all year long with the awards won at CMBAM,” Mustang Media Group General Manager Jon Schlitt said. “The editorial staff of Mustang Media Group did a fantastic job covering the outbreak of COVID-19, the return of students to Cal Poly’s campus and the Black Lives Matter movement. They did an extraordinary job in print and digital journalism all year long and their efforts were reflected as some of the best in California and even in the nation.”

CMBAM is a national organization run by a volunteer board of students and advisers from member newspapers. The organization focuses on bringing student journalists together to learn and share industry best practices with one another. The awards that

Mustang Media Group received from CMBAM are listed below.

CCMA is a state-wide organization that offers support for student journalists across California. The media association, founded in 2003, just hosted its 19th annual Best of College Media competition. In addition to the competition, CCMA offers trainings and workshops, covering the most relevant topics for journalists today. The awards that Mustang Media Group received from CCMA are listed below.